Happy birthday, Satchmo, wherever you may be! 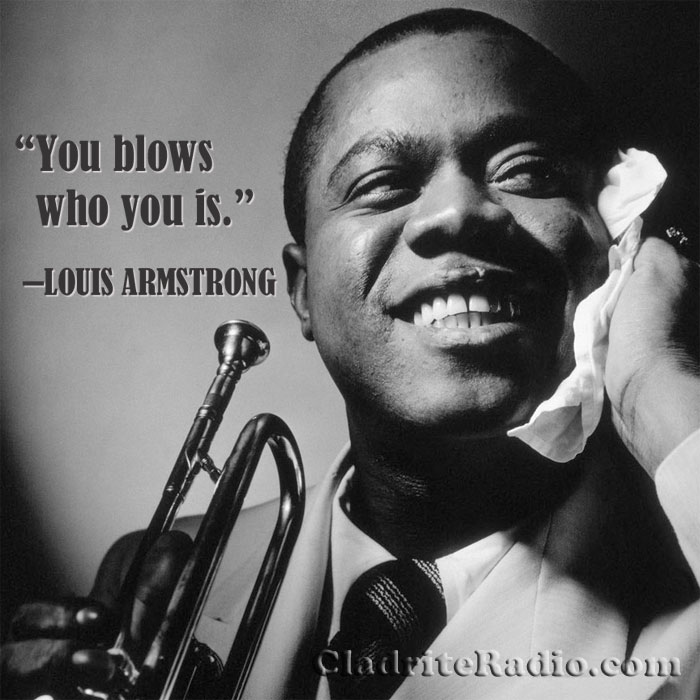 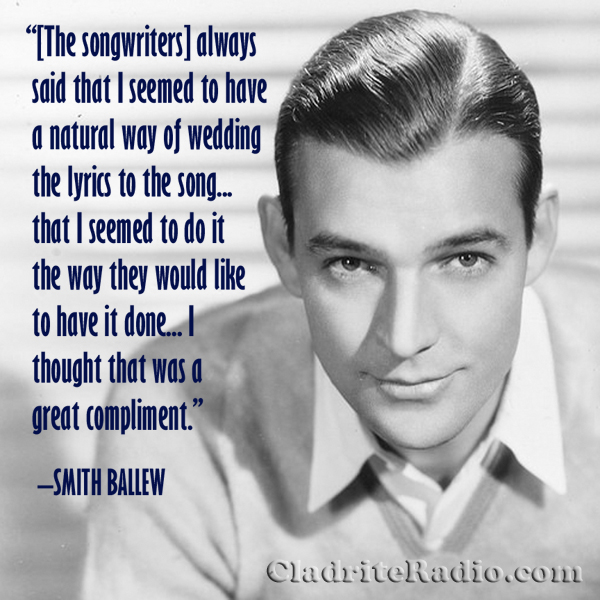 Cab Calloway and his orchestra at NYC’s Cotton Club on New Year’s Eve, 1937? That would make for a memorable New Year’s Eve, indeed! Where do we buy our time-machine tickets?

Happy New Year to Cladrite readers and listeners everywhere! If Cladrite Radio goes off the air tomorrow, as we fear it will (it’s out of our hands—see this post for more info), please keep your eyes on this space, where we’ll post any new developments. 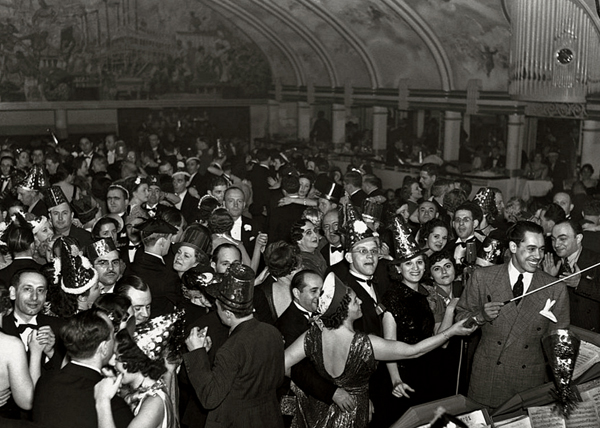 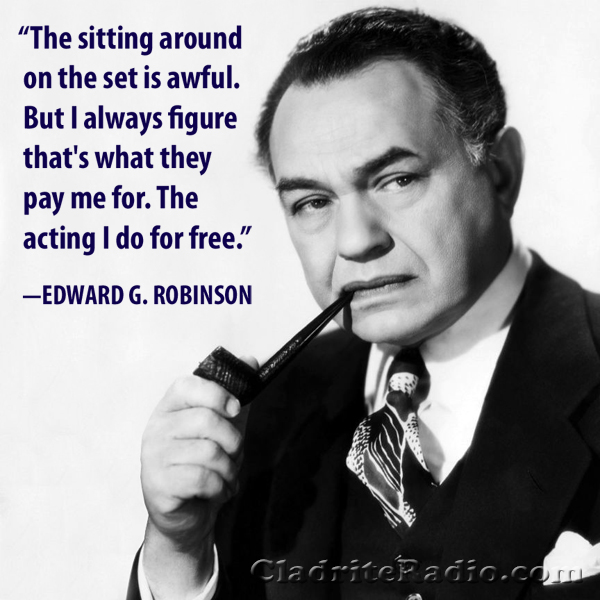 In Herman Raucher‘s coming-of-age novel Summer of ’42, his teenaged protagonist (perhaps not coincidentally named … Hermie) has a big crush not on Lana Turner, Betty Grable, or Rita Hayworth, but on Penny Singleton, best known for portraying Blondie, wife to Arthur Lake‘s Dagwood in a long series of comic B-pictures.

We have a similar little thing for Una Merkel, whose 112th birthday it is today. Una came to specialize in playing wise (and sometimes wisecracking), loyal second bananas to the leading ladies in films of the Pre-Code Era, but she was certainly not without her own charms, not the least of which was her Southern drawl. 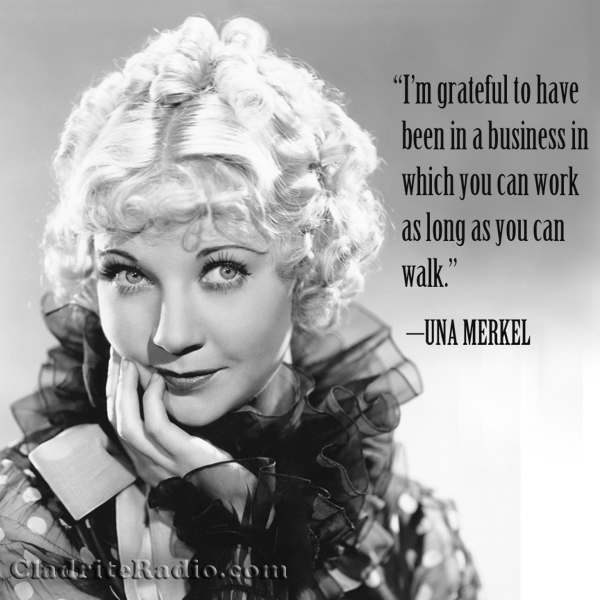 Ironically enough, it was Una who was first slated to play Blondie in that popular series of films before the role was finally awarded to Singleton.

Merkel was born Una Kohnfelder in Covington, Kentucky (we’ve long wondered at the choice of Merkel to replace Kohnfelder. It doesn’t seem the typical choice for a studio-concocted screen name) and began her career in silent movies. She’s listed in some sources as having appear in a 1924 short called Love’s Old Sweet Song and a feature film produced in Texas that same year called The Fifth Horseman. This now-lost (and good riddance) picture was an entry in the then-active genre of pro-Ku Klux Klan films, so perhaps the less said about it, the better. (We hope and trust our Una was just in it for the money.)

Merkel is said to have resembled Lillian Gish during the early years of her career, and she served as her stand-in for a while (on the 1928 classic The Wind, among others). After some time on Broadway, she was back before the cameras, portraying Anne Rutledge in D. W. Griffith‘s 1930 biopic, Abraham Lincoln.

As the years passed, Merkel got to stretch out a bit and her career showed staying power (her final role final role was in 1968, on the popular television program I Spy). Along the way, she appeared in Jean Harlow‘s final picture, Saratoga (1937), indulged in a hair-pulling catfight with Marlene Dietrich in Destry Rides Again (1939), and even appeared in the 1961 Disney comedy The Parent Trap as the Evers’ family’s housekeeper.

But our crush stems from her work in the 1930s, when she was every glamour gal’s best pal in movies such as Red-Headed Woman, 42nd Street, and Bombshell.

Here’s a scene from the latter picture, featuring our Una opposite Harlow and Louise Beavers.

This is a revised version of a post that was originally published on Dec 10, 2013.