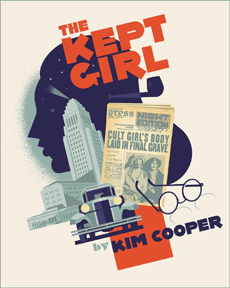 You know how when you’re in the middle of one book that you’re enjoying well enough, but then you buy another book dirt cheap for the Kindle, and you read one chapter of it, just to get a taste of it, and it makes you want to put aside the book you’re reading, but you’ve already done that once with this book and there’s no way you want to have to start all over with it again?

That happened to us.

The Kept Girl by Kim Cooper, an L.A. historian and author, is a mystery novel set in 1929, the protagonist of which is the mystery author Raymond Chandler, back before he was an author, when he was a young(ish) executive for an oil company. The book involves other historical figures and actual events and the first chapter was engaging enough to make us want to keep reading. But we’ll stick it out with the entertaining-in-its-own-right-but-still… Carter Beats the Devil, dang it, as much as we’re tempted to switch.

Here’s wishing each and every Cladrite Radio reader and listener a healthy and happy 2014 (or, if you prefer, 1929)! 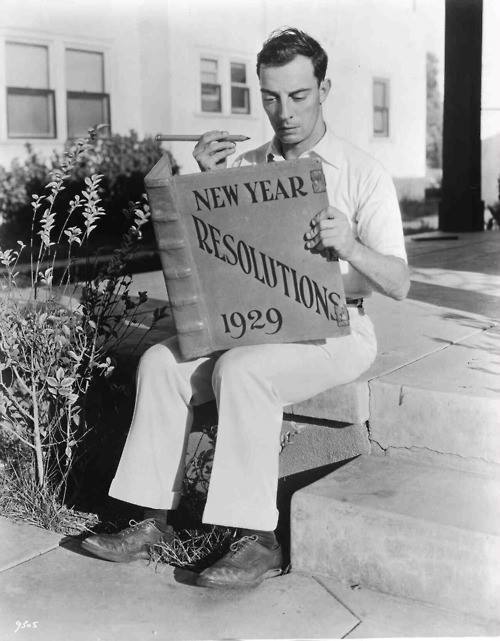 Since the rise of rock ‘n’ roll and R&B in the 1950s, song lyrics that find the singer trying to coerce someone into bed have been not at all uncommon, but it was quite different in the first half of the 20th century, no? Weren’t those more innocent days?

Not necessarily. Check out these lyrics from You’ll Do It Someday (So Why Not Now?), a song, composed by one Al Wrubel, that the popular crooner Rudy Vallee made famous in 1929. They may not quite qualify as graphically sexual, but subtle they’re not:

You’ll do it someday, so why not now?
Oh, won’t you let me try to show you how?
Think what you’re missing.
Oh, it’s a shame.
You’ll miss the kissing and the rest of the game.

In open spaces, where men are men,
A chicken never waits till she’s a hen.
Don’t keep me waiting,
For I do vow,
You’ll do it someday, so why not now?

No shrinking violet was our Mr. Vallee — that’s a come-on to make Marvin Gaye proud!

The lyrics are perhaps not as surprising coming from Vallee, a singer who described himself late in life as having had … er, um … “a cock in my voice.” Vallee was indeed a sex symbol in his day, and it’s intriguing to ponder what was considered sexy in a singer in 1929 as opposed to today.

We’ve been playing the song on Cladrite Radio of late, but if you’ve missed it, you can hear it below. You can also see a clip of Vallee and the Yale Collegians performing the song here.

You’ll Do It Someday (So Why Not Now?) — Rudy Vallee and His Yale Collegians