Here are 10 things you should know about Robert Young, born 114 years ago today. Young is best remembered nowadays for his television roles on Father Knows Best and Marcus Welby, M.D., but he also enjoyed a successful movie career in the 1930s and ’40s.

Here are 10 things you should know about Douglass Montgomery, born 111 years ago today. His was a quietly accomplished career, on stage, in film and on television.

Here are 10 things you should know about Robert Montgomery, born 116 years ago today. He was a versatile and talented actor who went on to also produce and direct. 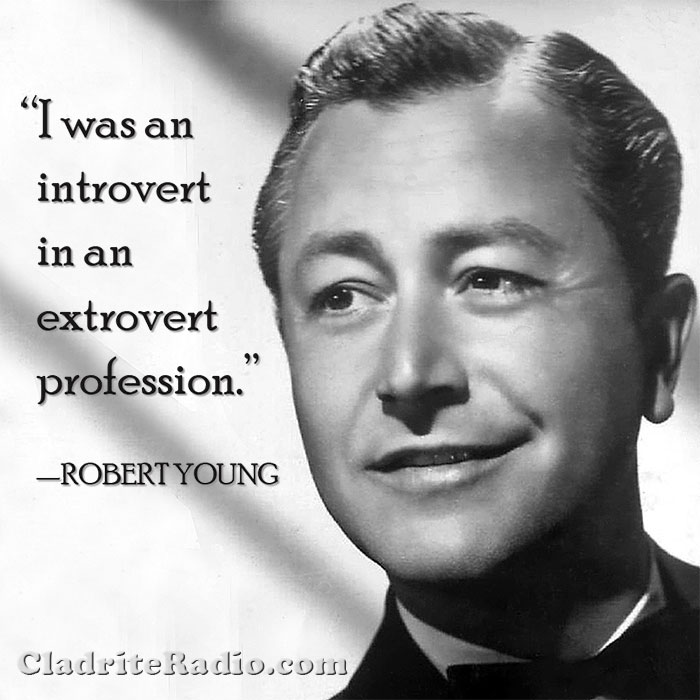 Robert Montgomery was an adorable young juvenile who owed money to everyone in town and who frequently ate at Sardi’s on the cuff. He was trying frantically to woo and win the lovely Elizabeth Allen who was playing the lead in Broadway, but no one ever thought Bob would get her because it was doubtful if he could even pay for the license and ring. Today they’re happily married, Robert Montgomery is a screen name to conjure with, and his weekly pay check runs ever so high. And millions of movie fans find him every bit as charming as I did in the days “when.”
Those first days at Sardi’s were a lot of fun—and a lot of worry too. There wasn’t a great amount of business, the restaurant was big, and the “nut” high. Like every café owner, Sardi wanted his establishment to be a rendezvous of-and-for celebrities. The little place near the Lambs Club had whetted his appetite for Big Names, and Sardi hungered to repeat his success on a larger scale.
We were talking about the disheartening business one day when things were particularly slack, and Sardi began to reminisce about famous Continental restaurants. Somehow the conversation swung around to Joe Zelli’s in Paris.
“Zelli’s is wonderful,” exclaimed Sardi. “No one would ever dream of seeing Paris without spending at least one evening in Zelli’s. It’s the rendezvous of all the celebrities. I guess they go there because their caricatures hang on the wall.
END_OF_DOCUMENT_TOKEN_TO_BE_REPLACED