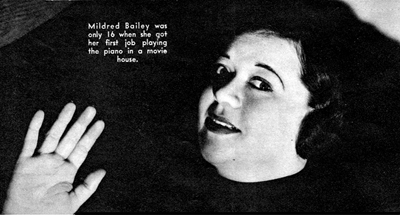 END_OF_DOCUMENT_TOKEN_TO_BE_REPLACED

What a career Bing Crosby had. Is there anyone in popular culture who got his start in the 1920s who is as well remembered today as Der Bingle?

Many folks 55 years old and younger will recall only the more sedate, older Bing, he of the briarwood pipes, stingy-brimmed fedoras, and cardigan sweaters.

But in his early years, Bing was like Elvis Presley—a white man singing music inspired and influenced by the music of the African-American community.

He also was something of a wild man off-stage, as he is said to have had, in those days, a penchant for going on alcohol-fueled tears.

By the time this profile was published in December 1935, Bing was long since a huge star, having conquered vaudeville, recordings, radio and movies. He had much great success still to come, but it’s interesting to consider this early look back at his rise to stardom. 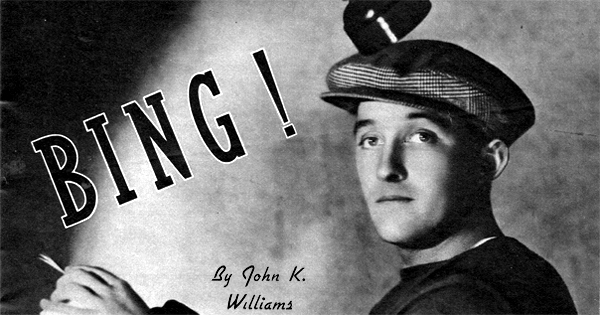 Bing Crosby will tell you that he is the laziest man in the United States, but it is doubtful if a more ambitious and energetic person ever fought his way to the pinnacles of success.
A lazy man would have been content to do one thing. Bing, however, achieve his fame by doing well in half a dozen diversified fields of endeavor.
As a youngster, he was a star athlete. Growing up, he made himself an expert musician and a polished orchestra leader. Later came his success as a crooner and as the greatest entertainer in the history of the ether waves.
He followed this triumph with a thrilling and novel courtship of the sweet and beautiful cinema queen, Dixie Lee. Shortly afterwards, he became the first legitimate radio performer to make a permanent place in motion pictures. Finally, where an ordinary father would have been content with a single son, or even a daughter, Bing proceeded to have twin boys.
When the sun disappeared from view on May 2, 1904, a brand-new son brightened the home of the Crosby family in Tacoma, Washington. This newcomer, who is also the hero of our tale, was given the rather pretentious name of Harry Lillis Crosby, Jr. Papa Crosby had to do an awful lot of pickle manufacturing to provide for his seven young ones, so he took the whole caravan to Spokane, where business opportunities seemed brighter.
It was in Spokane that the resounding, vocal “Bing!” Bing!” which accompanied the waving of young Harry’s hand-made gun in a game of “cops and robbers,” earned for him the nickname that clings to him to this day.
As a boy Bing had no chance to get the habit of being lazy, what with splitting kindling, shoveling snow, mowing lawns, running errands, selling papers, and going to school. He did, however, manage to find time for athletics.
He had found visions of himself decked out in a grand uniform and playing shortstop for one of the big league teams. One day, when he was about twelve, he entered every event in a neighborhood swimming meet and wound up with nine first place medal, and two seconds.
Bing received his baptism of grease paint while attending Gonzaga High School in Spokane. One night, playing a dead Caesar, he turned a tragedy into a comedy by leaping upstage to dodge the falling curtain. After school he worked in the prop department of a local theatre, and broadened his knowledge of life behind the footlights.
Finding that he still had a few minutes of leisure each day, Bing began to deal out punishment to the drums in the school orchestra. The summer that he was sixteen he became a lumberjack in a relative’s logging camp, and in this capacity did more damage to his own person than he did to the forest. Bad cuts above each knee forced him to retire.
That fall he entered Gonzaga University with the idea of becoming a lawyer, but football, baseball and the glee club received most of his attention and efforts. The average person would have found it hard to keep up with such a schedule.
Together with a classmate, he organized a seven-piece band that was soon a necessary part of all the college parties. Bing played the traps and sang the vocals. The manager of a vaudeville house heard the band, liked it and engaged it for an indefinite engagement at his theatre.
This settled, once and for all, the profession Bing was going to follow. He and Al Rinker, his school chum, went to Los Angeles, where Rinker’s sister, Mildred Bailey, secured them employment in the Tent Café. After that they toured the Pacific Coast in vaudeville.
Back in Los Angeles at the Metropolitan Theatre, they sang one night for an audience that included Paul Whiteman. They did so well that the portly maestro signed them immediately. He took the young vocalists East, where an addition to their party made them the famous “Rhythm Boys.”
In three years with Whiteman their voices became known from coast to coast. In 1930 the trio was signed to sing at the Cocoanut Grove. It was here that Crosby began to make a name for himself as a soloist. He made records which became best-sellers.