Regular listeners to Cladrite Radio surely recognize the voice—and perhaps the name—of one of the most popular songbirds of the Cladrite Era, Bea Wain, born on April 30, 1917. Ms. Wain’s was one of the last voices of the big band era to be stilled. She lived to be 100 before passing away on August 19, 2017.

Wain got her start in nightclubs and on the radio before joining Larry Clinton and his orchestra in 1937. Wain and Clinton were a good team, enjoying great success, but her pay was low (shame on you, Mr. Clinton) so she stepped out from the Clinton outfit to forge a solo career, playing colleges and theatres and appearing frequently on the popular radio program Your Hit Parade.

We’ll be featuring Wain’s music all day long on Cladrite Radio, so why not tune in now? 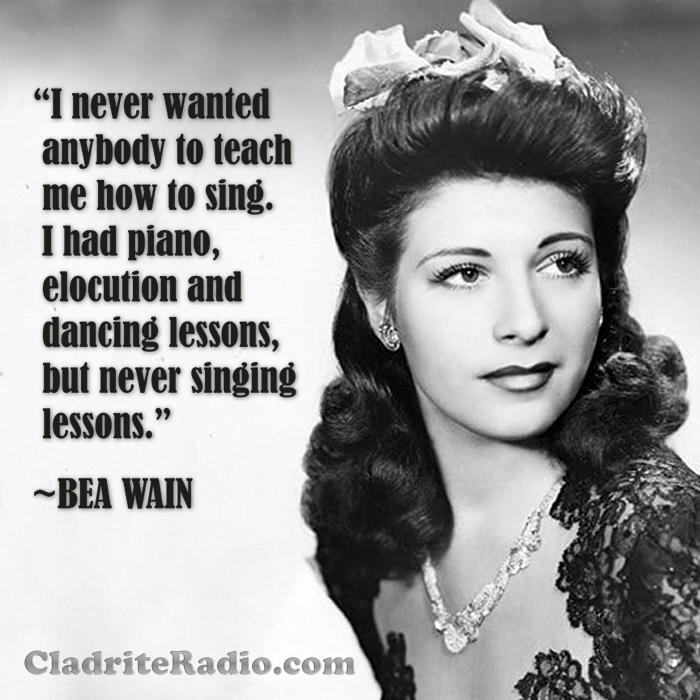