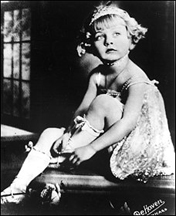 June Havoc, who died on Sunday, was never the biggest of stars, but she had an impressively lengthy career, working in pictures, television, and the theatre.

As a child, Havoc, born Ellen Evangeline Hovick in 1913, attained great success in vaudeville, billed first as “Baby June” and later as “Dainty June.” She also appeared in a number of silent pictures, including “Hey There” (1918) with Harold Lloyd.

As a teen, she rebelled against her controlling “stage mother,” Rose, and her career faded during the 1920s and ’30s, but it sparked to life again after she made her Broadway debut in 1936 and starred in the first Broadway production of “Pal Joey” in 1940.

Hollywood came calling at that point, and she went on to appear in more two dozen feature films, among them Gentleman’s Agreement (1947) with Gregory Peck, My Sister Eileen (1942) with Rosalind Russell and Brian Aherne, and Annie (1982), in which she played orphanage matron Miss Hannigan.

Havoc also worked frequently on television, hosting “The June Havoc Show” in 1964 and doing guest appearances on a number of programs in the 1960s, ’70s, and ’80s. 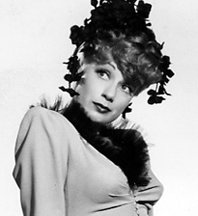 In addition to acting work on Broadway over the years, Ms. Havoc also wrote plays and was even a Tony Award-nominated director.

Havoc’s sister was burlesque performer Gypsy Rose Lee, the subject of the Broadway musical “Gypsy.” Havoc was bothered by the way the play, as Adam Bernstein wrote in the Washington Post, “made her mother seem abrasive but ultimately good-hearted when, as Ms. Havoc said, her mother was a ‘man trap,’ physically threatening and probably emotionally disturbed. Moreover, Ms. Havoc was aghast at how the show appeared to demote her to a secondary character when she was in fact the high-kicking star of the act.”

Like so many child stars, Havoc carried resentments with her for the rest of her life regarding the way she was handled early in her career, but to her credit, she carved out a lengthy and productive path in her adult years.

Havoc’s precise age at the time of her death was unknown, as her mother kept multiple birth certificates for her children as a workaround against child labor laws of the day, but she was thought to be around 96 years of age.