Today’s Tuesday Tee is for the I Love Lucy fans in the house! (If you’re an avid fan, you know which episode inspired this shirt!) It’s available from Cladrite Designs in a wide range of colors and in a variety of styles. Shop now! 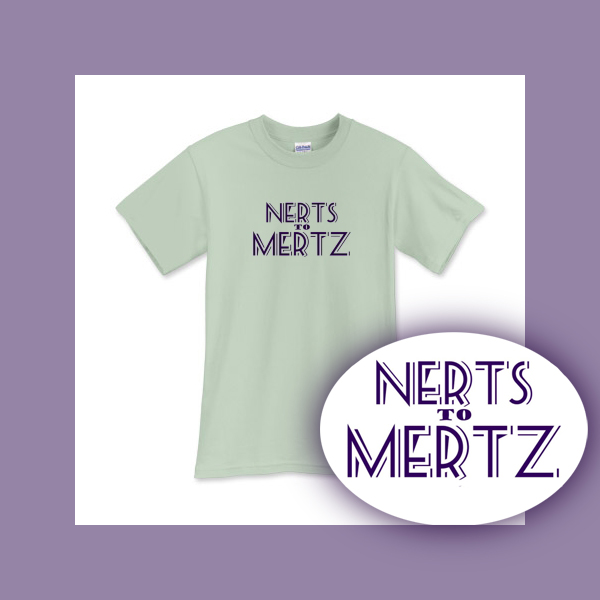 61 years ago today, the very first episode of “I Love Lucy” aired on CBS.

Here’s some amazing 8mm color footage that was shot by a member of the audience on October 12, 1951, during the filming of the sixth episode from that first season. This is rare stuff, indeed, and a must-watch for fans of the show.

Few things spark our interest (or a sense of yearning and regret at having missed them) as much as postcards, menus, and other memorabilia from once-popular and prominent eateries and night spots that exist no longer.

Here in NYC, there are (or, rather, were) such legendary dining and drinking establishments as the Stork Club, Jack Dempsey’s, Cafe Society, Luchow’s (the worst of it, in this case, is that we could have patronized Luchow’s when first we moved here, but what did we know?), the Copacabana, El Morocco, the Latin Quarter. Thankfully, we’ve still got Bemelmens, the Cafe Carlyle, the 21 Club, Sardi’s, the King Cole Bar, Keen’s, Fedora, McSorley’s—all but one of which we’ve patronized—but it’s all too tempting to focus more on what’s lost than on what remains.

Los Angeles has more than its share of fun culinary and night spots that are still going strong, too: The Frolic Room, the Formosa Cafe, Musso and Frank, Phillipe’s, Pink’s, Clifton’s Cafeteria, Miceli’s, Canter’s, Nate ‘n Al’s—all of which we’ve patronized (and will again). It strikes us odd as we write this that the historic places that remain in Los Angeles—the ones we’ve patronized, anyway—tend to be inexpensive and casual, while most of the venerable spots in NYC, McSorley’s and Fedora aside, are on the tony side.

But as with NYC, the list of L.A.’s gone-but-not-forgotten boîtes and beaneries is a long one. We’d give our eyeteeth to dine at Romanoff’s, Chasen’s, Preston Sturges’ the Players, or Thelma Todd’s Sidewalk Cafe or to cut a rug and sip a cocktail at the Cocoanut Grove, Ciro’s, The Mocambo or the Cafe Trocadero, but perhaps most of all, we’d love to hole up for an evening at the Brown Derby.

When we were kids, it was the Brown Derby that we read about, that was depicted on television (perhaps most famously in a memorable episode of I Love Lucy that guest-starred William Holden), that sparked our imagination.

The Derby in all its incarnations is long-gone, alas, so we’re left to settle for mementoes of an establishment we never experienced first-hand, like the postcard below:

It was the hat-shaped restaurant on Wilshire, seen in the upper righthand corner of the postcard, that was the original Brown Derby, by the way, and that’s the one we most regret not seeing, but the blog Dear Old Hollywood suggests that it was the Vine Street location (the one on the upper left) that was the most popular, because it drew more of the day’s celebrities, which is what drew many of the patrons to the restaurant. We’d happily accept a lift in a time machine back to any of the four locations, and in just about any decade—the 1930s, the ’40s, the ’50s, we’re not choosy.

By the way, we’d love to hear from you folks in Southern California (or just about anywhere else, for that matter) about any classic restaurants and bars we might have missed in our travels. Share!

Our parents were never stuffy—not in the least—but still, some of the stories of their early years together are a little hard to imagine.

We mentioned in an earlier installment of The Karen Files that Karen and Lloyd, for two or three years in a row, operated a temporary fireworks stand with our neighbors and friends, the Youngs.

As we said in that previous post, that scenario puts us in a mind of a never-produced I Love Lucy script in which Lucy convinces Ricky and the Mertzes that selling fireworks is the way to quick and easy riches.

But then, truth be told, we always experienced a sort of transference when watching I Love Lucy (in reruns only, mind you—we’re not that old—though those reruns were ubiquitous in our childhood). We felt, in an odd way, as if we were watching the early years of our parents’ marriage when we watched Lucy and Ricky’s misadventures.

Not that Lloyd is Cuban (he was born and raised in Oklahoma; still lives there today) or musical (take our word for it—or ask him to sing “Wake Up, Little Suzie,” if you don’t believe us). Nor was Karen a dizzy dame ala Lucy. And theirs was a very equal partnership—it was not the patriarchy that the Ricardo household was.

But Lloyd did have dark, curly hair in those days, piled high as was Ricky’s. And though Karen may have been far less dizzy than Lucy, she was no less fun or sassy.

Still, despite our childish tendency toward conflating the Ricardos with the Leveridges, it’s still hard to imagine our folks operating a roadside fireworks stand. It’s equally hard to imagine them smoking (which we can faintly remember them doing just that—Karen gave up her Kools in the early-to-mid-’60s, and Lloyd, who was always more of a cigar guy, though only at the office, gave up his Swisher Sweets in the early ’70s).

And it’s hard. too, to imagine them in a bowling league. Again, our parents were not snobs, and though their financial circumstances rose and fell with the passing years and the tides of fortune, they were not, strictly speaking, blue-collar workers (Karen did work the night shift at the newspaper for a time in their salad days, though for most of our childhood, she was a homemaker, and as the owner of an automobile dealership, Lloyd came home with grease under fingernails after many a 12-hour day).

Still, the Honeymooners, they were not. But for a while, they did both go in for bowling. The late ’50s and early ’60s were, it seems to us—we have no evidence whatsoever to back this up—the heyday of bowling in the U.S., and if that’s so, it’s not surprising two young marrieds like Lloyd and Karen would want to join in the fun.

We have no memory of having seen either of them in action at a bowling alley, but we do recall encountering, stashed in the back of their closets, those small pieces of luggage that held their bowling balls. We recognize and remember quite well the robin’s-egg blue of Mom’s bowling ball, as seen in the above photo.

We’re guessing this picture was taken in 1959 or ’60. It’s clearly Christmas time, and Mom seems pleased as punch as she shows off her new ball. We remember well, too, the homemade Christmas decoration in the background, a Christmas tree made of a round wooden disc for a base, a wooden dowel rod inserted into it, and layer after layer of decorative netting slid down upon the rod, each a bit smaller in circumference than the one below it. Tiny balls are then attached to the netting and a small cardboard angel placed atop the dowel rod to complete the Christmas tree effect.

We like imagining Lloyd and Karen at 66 Bowl, enjoying a burger, an ice-cold Jax beer and even the occasional smoke, while competing for a league championship at the local lanes.