George White Archives ⋆ Page 2 of 2 ⋆ Cladrite Radio
Skip to content
In Chapter 12 of In Your Hat, the 1933 tell-all memoir by Hat Check Girl to the Stars Renee Carroll, she reveals what various celebrities wrote in her collection of autograph books, and she follows that with tales of what the stars of the day liked to eat when they patronized Sardi’s. 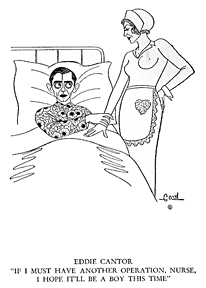