The great Fay Wray was born 106 years ago in Cardston, Alberta.

Here’s the story of our one personal encounter with Ms. Wray. She was a patron and paying member of Film Forum here in NYC, and every now and then she would attend a screening there.

The funny thing was, no one else waiting in line in the lobby was paying attention to these rounds of applause. They were in pairs and threes and were chatting among themselves, so we were, seemingly, the only ones aware that Ms. Wray might be on the premises. And when she left the auditorium, we were the only ones who took any notice whatsoever of the elderly lady making her way through the lobby. 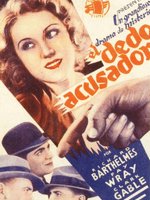