It’s a tough choice, but if asked to name our favorite motion picture of all time, we’d have to say it’s Casablanca​, which premiered on November 26, 1942, in New York City. (You can still visit the theatre where it debuted, but you’ll have to watch the video to learn more about that.)

We rewatched the “La Marseillaise” scene recently, in which a passionate rendition of the French national anthem gives the patrons of Rick’s Cafe Americain a small but satisfying victory over Maj. Strasser and his Nazi henchmen, and though we’ve seen this wonderful movie easily a dozen times (probably closer to two dozen), that scene still gave us chills.

Here are 16 things you should know about Casablanca​, the official movie of Cladrite Radio…

One of life’s great pleasures is watching dogs in silent comedies, and perhaps the greatest of them all was Luke, a Staffordshire Bull Terrier that belonged to Roscoe Arbuckle and his wife, actress Minta Durfee.

Luke enjoyed a six-year career in pictures—from 1914-1920—working not only with Arbuckle, but also with other comedy stars of the era, such as Mabel Normand, Buster Keaton, Betty Compson and Edgar Kennedy, among others.

Arbuckle and Durfee acquired Luke as a puppy in November 1913 from film director Wilfred Lucas. Some say Lucas gave the pup to Durfee in lieu of “hazard pay” for a dangerous stunt he asked her to perform during the filming of one of his pictures. It’s reported that Luke’s name was inspired by the director’s last name.

It was Arbuckle, though, who trained and taught Luke to perform on command for the camera, and Luke was one game pooch when the call of “Action” was heard. He earned $150 a week when working on a film—approximately $2,000 in today’s money.

Luke’s final performance came in the Buster Keaton short The Scarecrow(1920), and it’s sequences from that film that we’ve edited to create this video tribute (you should watch the entire short—it’s terrific).

Arbuckle and Durfee separated in 1921 and later divorced, and it was Durfee who was awarded custody of Luke, though Arbuckle retained visitation rights. It’s thought that the pair’s parting of the ways is what led to the end of Luke’s acting career.

George Sanders, that most elegant of scoundrels, was born 114 years ago today in St. Petersburg, Russia. 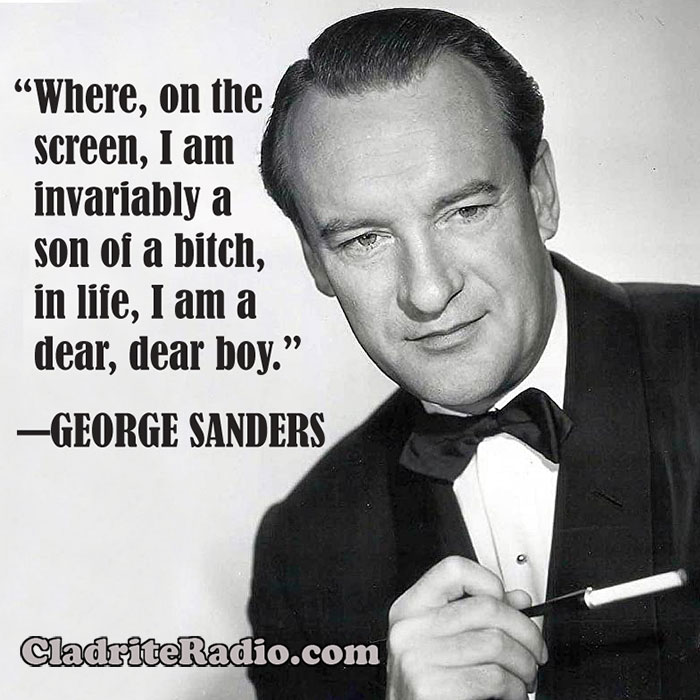 Gary Cooper was born Frank James Cooper 119 years ago today in Helena, Montana. His versatility was somewhat belied by his understated approach to the craft of acting. 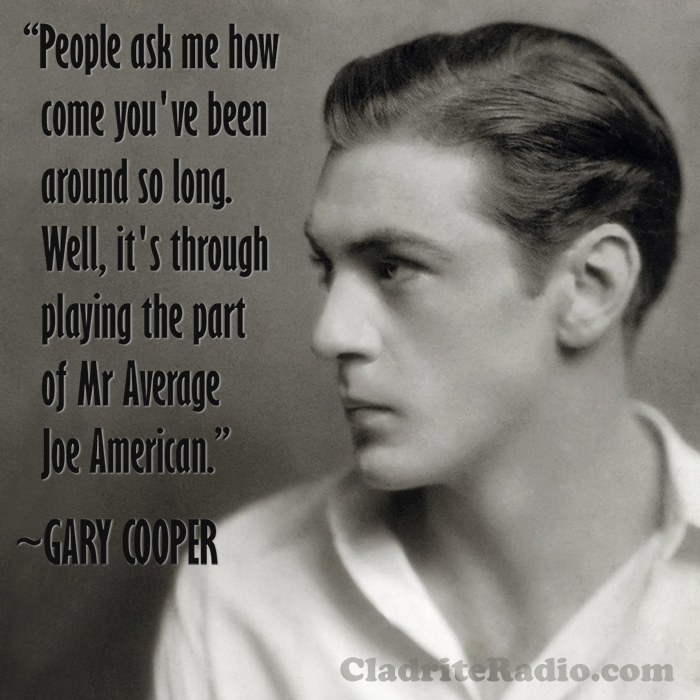