Here are 10 things you should know about Bebe Daniels, born 119 years ago today. Before she left Hollywood in the mid-’30s, she had appeared in over 270 films, more than 210 of them in the silent era.

There are many familiar names among the artists we feature on Cladrite Radio—everyone from Glenn Miller and Louis Armstrong to Billie Holiday, Paul Whiteman, and Nat “King” Cole.

But our greatest pleasure is giving exposure to lesser known artists—bands, singers, and instrumentalists with whom only the true buff is familiar.

Among those less known here in the United States, except among the cognoscenti, are such British band leaders as Ray Noble, Jack Payne, Henry Hall, and Carroll Gibbons, who was American but gained his fame in England. Each of these artists can be heard here on Cladrite Radio, and those interested in learning more about them now can turn to the BBC’s Radio 2.

Air personality Brian Matthew hosts a program called “The Bands The Mattered,” which each week explores the life and career of a pair of orchestra leaders. Payne and Hall were featured in Week 1, but, unfortunately, the BBC only streams each show for a week. But you’ve still got a few days to access the archive of this week’s show, which focuses on Noble and Gibbons.

We only just learned about this program, and we’re not at all happy to have missed the first episode of this season (not to mention all of the episodes of a previous season, too), but we’ll be listening going forward, and we thought you might want to, as well. 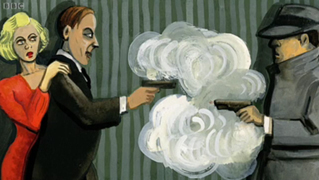 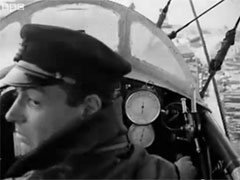