Sunday’s installment of Noir Alley on TCM (10am ET) is a don’t-miss (set those DVRs now). The Set-Up (1949) stars the great Robert Ryan as Bill ‘Stoker’ Thompson, an over-the-hill boxer who can’t bring himself to pull the plug on his dreams of pugilistic glory. His wife (Audrey Totter) begs him to stop fighting, but for Stoker, it’s always the next bout that will start his climb to the top.

The problem is, Stoker loses so often that his manager has taken money from a gangster on the assurance him that Stoker will take a dive in his next fight—but he hasn’t told Stoker.

The Set-Up holds the distinction of being perhaps the only film noir to be based on a poem, a narrative work written in 1928 by Joseph Moncure March. The poem and film share a title and a premise, but March’s boxer was a skilled African-American fighter nicknamed Pansy—“He’d carve you up like a leg of mutton,” wrote March—who had just been released from prison.

The picture takes place in real time, running a tidy, tense 73 minutes. Director Robert Wise gives the picture a gritty quality that suits the subject matter (and the genre) perfectly.

If you’ve never seen what many consider to be the best boxing picture ever (and certainly the best released before 1950), here’s your chance. Don’t blow it. 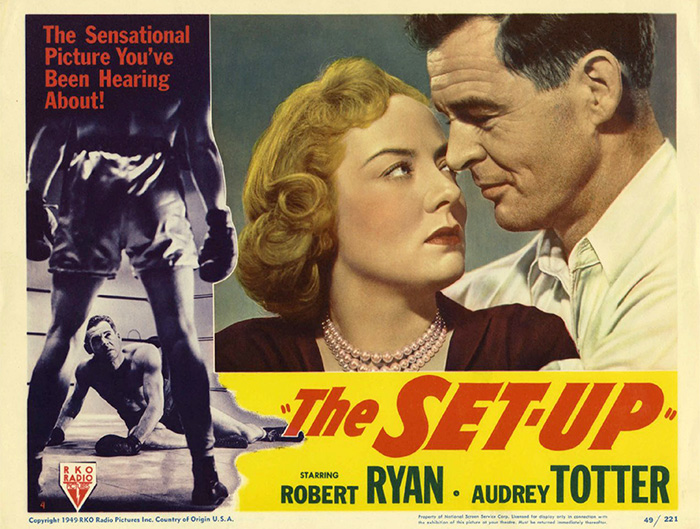