Roscoe Arbuckle was born 129 years ago today in Smith Center, Kansas. Few actors have risen as high nor fallen so swiftly as far (and unjustly so) as Arbuckle, and it’s a little bit heartbreaking, even all these years later, to think that he died so soon after being exonerated of false charges, that he never had the opportunity to enjoy the triumphant comeback he was so richly due. We won’t address here the legal case that did in Arbuckle’s career—you can readily find that sad, sordid information elsewhere—but we sorely regret that he was subjected to such ill-founded accusations. He deserved better.

What’s more, we owe Arbuckle a debt of gratitude not only for his own fine work in pictures, but for recognizing genius and spotlighting Buster Keaton in a few of his films. Perhaps Keaton would have found his way to cinematic stardom, anyway, but perhaps not, without that boost from Arbuckle.

Happy birthday, Mr. Arbuckle, wherever you may be. We’ve shared very few quotes here at Cladrite Radio with which we more heartily agree than yours. 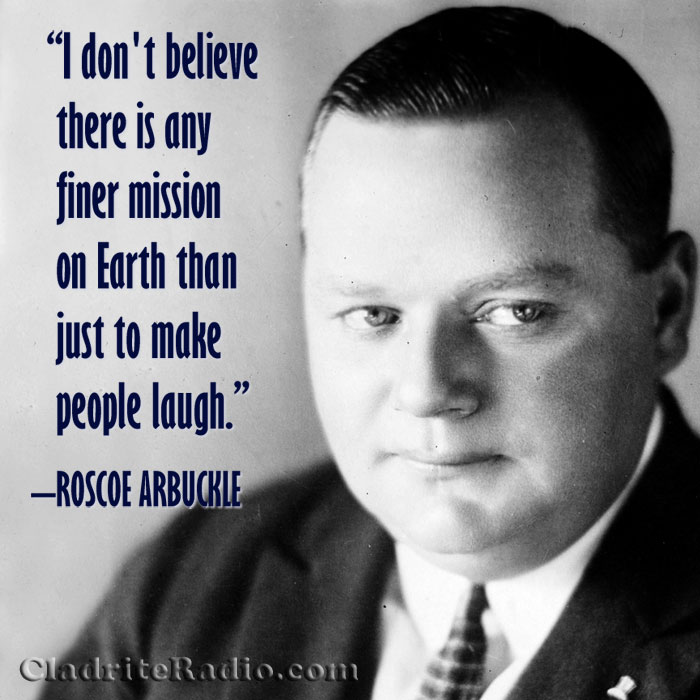