In Chapter Five of Rudy Vallée’s 1930 memoir, Vagabond Dreams Come True, Rudy discusses showmanship and his limited use of it.

He also goes out of his way to poo-poo phonograph records, which he insists few people cared to listen to because there was no visual element to the experience, and predicts that television (kind of cool, no, that he was making predictions about the impact of television in 1930?) will quickly outpace radio for the same reason: visual stimulation.

THE TERM showmanship is generally used with reference to someone in the theatrical or musical world but it is evident in practically every walk of life. The drugstore clerk who juggles the drinks, pouring the liquid from one glass high up to another glass lower down, is really showman. While he is trying to impress you with his cleverness he also makes the drink seem more attractive, or something that you are lucky to get if he juggles it right. Whenever someone tries, by exhibiting much physical activity, to attract attention and to captivate the admiration of others, this is showmanship; this is based on one positive fact: that the eye is about four times more efficient than the ear as a gateway to attention, memory and interest. 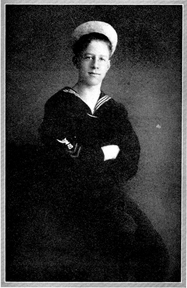