As Time Goes By... ⋆ Cladrite Radio
Skip to content 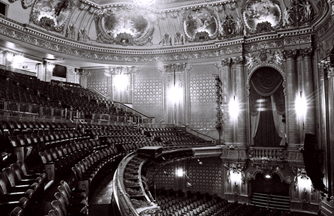 Seventy years ago today, at the Hollywood Theater—at the corner of 51st and Broadway in New York City—the greatest (well, in any case, our favorite) motion picture ever filmed made its debut.

We’ve seen Casablanca countless times, and, God willing, we’ll see it many more times before we depart this mortal coil. It’s well nigh perfect. The world’s been a better place for the past seven decades for it being around.

Today, the building, its interior largely unchanged from its days as a movie palace, is home to Times Square Church. If you find yourself in Manhattan and wish to make a pilgrimage to the spot where this great picture was first screened for the public, now you know where to go.