365 Nights in Hollywood: Poetic Palingenesis ⋆ Cladrite Radio
Skip to content
Jimmy Starr began his career in Hollywood in the 1920s, writing the intertitles for silent shorts for producers such as Mack Sennett, the Christie Film Company, and Educational Films Corporation, among others. He also toiled as a gossip and film columnist for the Los Angeles Record in the 1920s and from 1930-1962 for the L.A. Herald-Express.
Starr was also a published author. In the 1940s, he penned a trio of mystery novels, the best known of which, The Corpse Came C.O.D., was made into a movie.
In 1926, Starr authored 365 Nights in Hollywood, a collection of short stories about Hollywood. It was published in a limited edition of 1000, each one signed and numbered by the author, by the David Graham Fischer Corporation, which seems to have been a very small (possibly even a vanity) press.
Here’s “Poetic Palingenesis” from that 1926 collection. 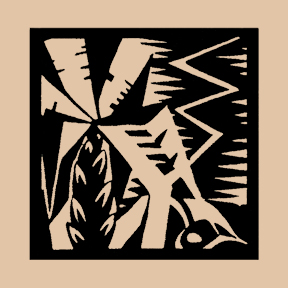 The evening breeze swept over the studio, cooling the hot stages and office buildings where humans toiled during the day.
There was a full moon. The white studio gave the appearance of silver glistening against a background of clover grass and palm trees. A tall eucalyptus tree stood in relief against the sky, a beautiful silhouette.
All was quiet. Occasionally one could hear the soft, broken whistle of the night janitor. He was sweeping out the dressing rooms, which were arranged in two long tiers. The large rooms on the west end were the stars’ studio homes.
The janitor always cleaned them first, before he was tired. He liked to clean them. There were always interesting things left behind, or hurriedly tossed into a corner. He liked being a janitor and he liked picture people.
He had been nicknamed Doc—because he looked like a doctor. He wore wide-wing collars and always a soft, smiling expression. Doc was a man who could make one take bad medicine and enjoy it!
But Doc was only a janitor—and he liked it.
After he had finished cleaning the stars’ dressing rooms, then came those of the leading men and women. These were not so lavishly furnished and did not need so much attention.
On he whistled.
Doc was working on the minor part actors’ rooms now. They were very plain with only varnished woodwork and a small rug on the floor.
There was one room in which Doc loafed, or rather wasted time. He called it his poetry hall. It was that. Doc could tell you the story of how it all happened.
It was on a day when the walls of this room had been just freshly painted. Doc had gone in to clean up, and as he was dusting off the mirror he discovered a note penciled in the new paint. It read:
Doc had been angry at first and was tempted to paint it over, but then the spirit of the thing caught him. He would wait. He knew his picture people.
His waiting was not in vain.
Day after day whenever the room had been used, Doc would find a new poem. Nearly all signed only their first name, and some no name at all. Doc liked his collection as it steadily increased.
One evening about four years ago he found one. Today it is inclosed in a frame fastened to the wall with a glass covering. (Doc guards the little offering.) It reads:
There are others. Doc likes them all. He guards them. He imagines what the writers are like. He never meets them; they are gone when he arrives. Doc doesn’t want to meet them. (That would shatter his illusions.) No, Doc doesn’t want to meet the authors.
There is one called:
Doc pointed a few out to me as his particular favorites.

And to think the unknown Jean started it all.
Doc likes this room—his spirit room. And he is only a janitor. Doc likes his work. Doc is a strange, nice old man.